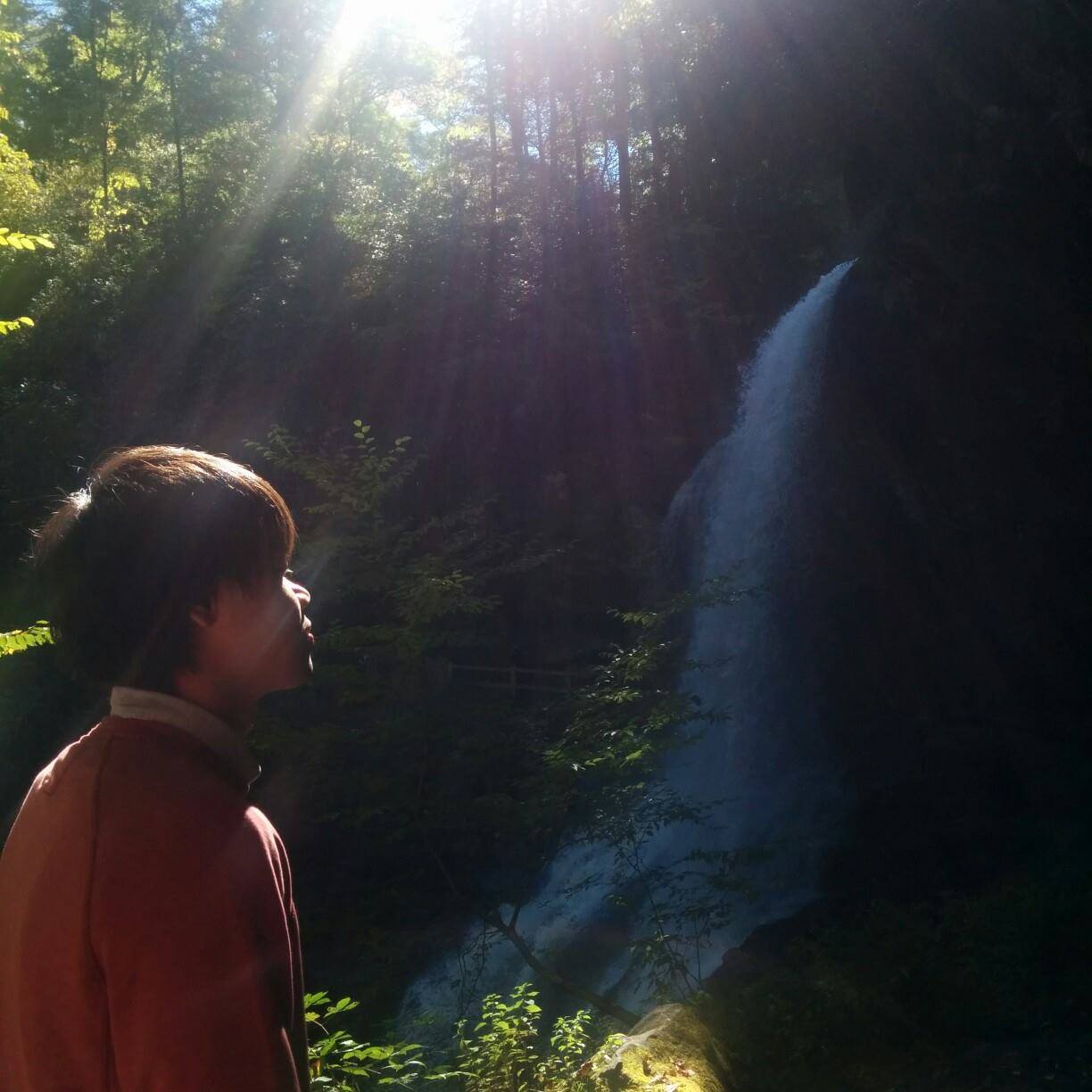 Alfred is one of my favorite productivity tool.

It's a launcher for MacOS, used by many people as a replacement of Spotlight.

There are many features in Alfred, but one of the powerful feature is the Workflow.

You can combine hotkeys, keywords and action together to create your own original workflow. 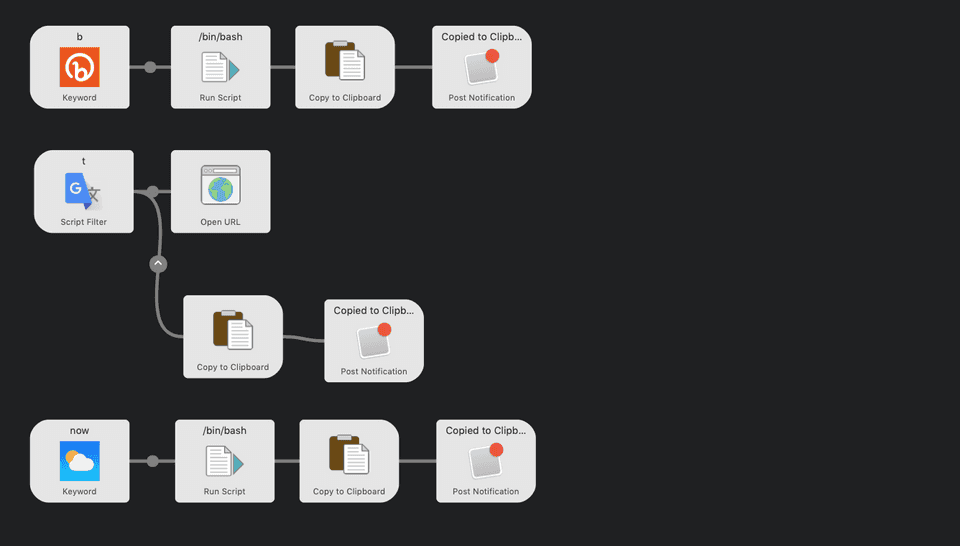 I would like to introduce some of my workflows, that I extensively use daily.

I use URL Shortener a lot. To shorten super long amazon links, or even to track how many people has actually clicked on it.

Bitly is one of the most famous URL Shortener.

It also provides API and anyone who has an account can use it for a certain amount. I will be using the API to connect Alfred and Bitly.

I just used it as a replacement for curl, it saves couple of keystrokes.

To use the Bitly API.

This work flow will be triggered when I type b on Alfred, with the argument (Long URL) and pass the URL to Run Script as an argument.

Run Script is where you can write bash script, and basically do anything.

What this does is first, it uses the bitly API to shorten the URL. This will return a JSON something like this:

But I just want the link field. So I can use jq to get the field out from the json by piping | jq '.link'. This will return something like this:

This stdout will be passed to the next workflow which is Copy to Clipboard, and then to Push Notification, to notify me when it's done.

I'm a Japanese, and I'm not a native English speaker. So it's very common to search for English words I don't know, and also translating Japanese to English.

I wanted to automate this.

This is shell commands, which basically wraps the Google Translate API. 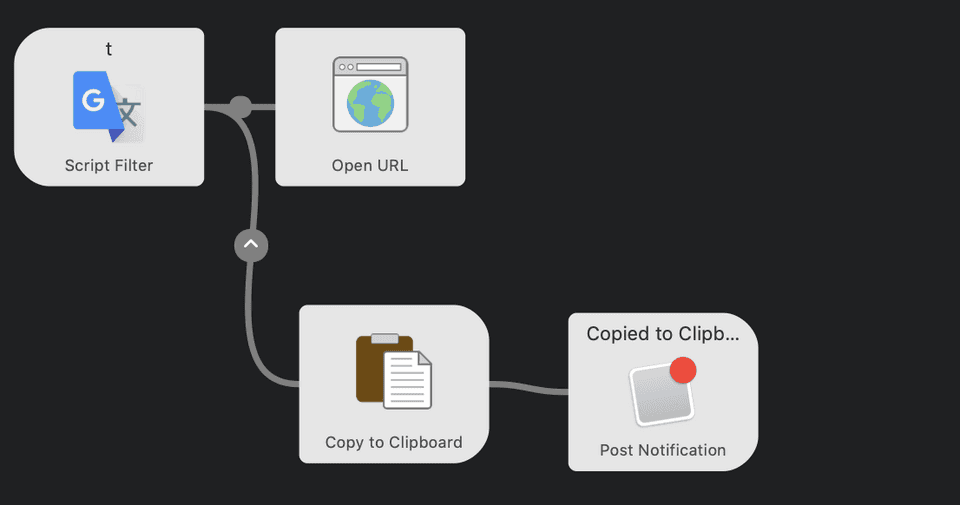 The flow is almost the same as the URL Shortener Workflow, but Script it well will be obviously different.

So this will check the query and identify if its using alphabet or other character (in this case Japanese). And depending on that the command of the translate-shell will be slightly different.

and what cat does is to print JSON, which is specified by Alfred, and this will make list for you under the search box.

If you look at the workflow, there is two routes, after running the script. This depends on what I press after.

Enter will open URL on a browser, jump to a website where a can see more specific translation.

Shift+Enter will copy the translation to the clipboard.

This is a simple one.

It will copy and paste a formatted date. I use this everyday to write daily logs, so it will save few seconds everyday to automate this.

You can automatic a lot of things, and you can call alfred from any application accomplishing everything on the keyboard.

My blog is hosted on Github. If you'd like to leave a comment, report a problem, or contact me, then that's a fine place to do so.

Now DNS doesn't have any support for mail servers. So unlike Google Domain you can't setup forwarding for specific email from your domain…
ー 2020.01.05

Introduction I like Notion, I'm using it for quite along time. But one thing that I dislike is the lack of emacs-like keybinding. Dropbox…
ー 2020.12.22
2019 © Kazushi Kawamura.